The Phoenix is ​​a bird of Greek mythology that was consumed by the action of fire every 500 years and then rise from the ashes in all his glory. According to myth, the Phoenix had several gifts, immortality as a reward for their loyalty to the divine precept; knowledge which transmitted throughout its many lives, inspiring in their jobs seekers of knowledge, both artists and scientists; He had the gift of the incomparable singing; its healing tears and his incredible strength.

It has been a symbol of physical and spiritual rebirth, the power of fire, purification and immortality. The phoenix represented the sun, and the delicacy, the latter, since he lived only spray without hurting any living creature.

Phoenix has always been an inspiration for humanity, because all will have the opportunity to start again despite the adverse situations that arise throughout life, because we have the spiritual strength to do so, which is why no surprisingly, the Phoenix is ​​one of the most tattooed skin images both men and women, motivated all it represents.

As a tattoo, the phoenix is ​​probably the most visually spectacular body art form. The legend of the phoenix is ​​known worldwide, and has its origins in much of Europe, Middle East and Far East. The basic symbolism of the Phoenix is ​​the resurrection and rebirth by fire. Although the legend is the same all over the world, there are subtle differences. Legend ... In Greek, it means "phoenix", "palm tree", but most of us know that the phoenix, like the mythological fire bird. Many ancient cultures containing stories about the phoenix, which, like the sun, dies in flames and rises every morning. 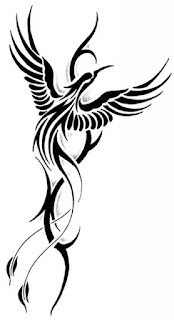 Here are some things to consider:
1. A Phoenix Tattoo has to be big enough to get all the details stand out clearly. The back is an ideal place to have an ink, or maybe the chest area. a great visual impact is required. This is not a tattoo to carry discreetly on the ankle!
2. You need a lot of color - orange, yellow and red. However, do not be afraid to use a touch of blue, gold, copper and green to add your own personal touch.
3. Would you like a phoenix to be devoured by fire or explosion from the ashes? What's to show your phoenix around the world so you can represent the passage of time?
4. How about using an Egyptian phoenix design? 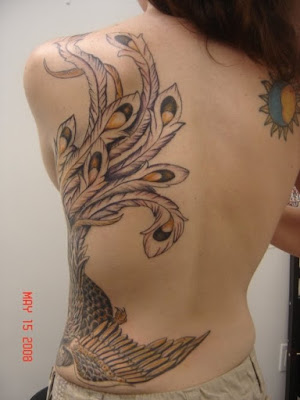 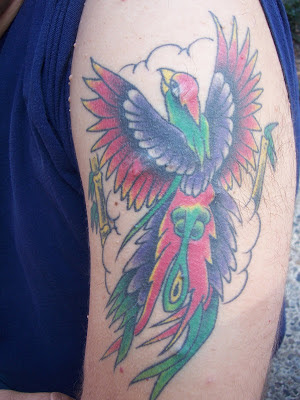 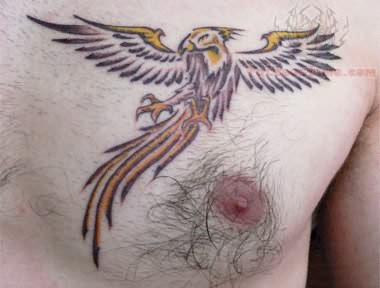 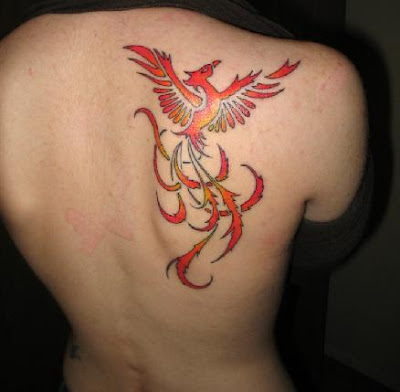 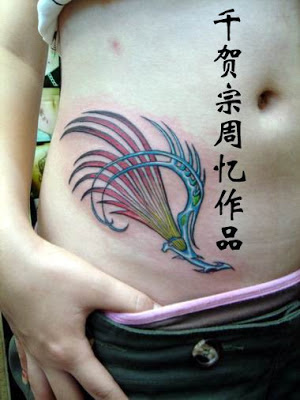 In this case, the phoenix has a body of a man, but with large wings. This would be different and certainly striking! As you can see, there are plenty of things to consider when deciding on the style and design of your tattoo Phoenix. Do not rush the process because this will be a great project that you want to be proud of.